Covid-19 has impacted the UK in many ways. The topic of insurance has made its way into the national media and not in a good way. Much of this is the issue around the cover being provided for business interruption. Insurers never intended to cover a pandemic but loosely worded policies led to a court case that was fast tracked to the Supreme Court for a final decision, which was handed down very recently. 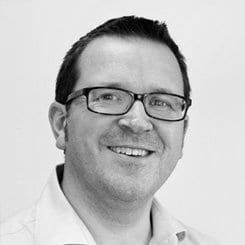 Richard Webb is Director at Manchester Underwriting Management (MUM), exclusive partner of CGPA Europe in the United-Kingdom. MUM is a specialty underwriting agency whose current products include Brokers’ Professional Indemnity Insurance, and is a leader on this market. This Professional Indemnity insurance facility, insured by CGPA Europe and underwritten and managed by Manchester Underwriting Management Limited has been accredited by the British Insurance Brokers’ Association (BIBA) to provide cover to its members.

Richard has over 30 years’ insurance experience: he started his career with General Accident, before specialising in the Professional Indemnity Market. In this article, he highlights the danger for Insurance Brokers with the UK PI market: indeed not only a hard market is a hard environment to work in, but it could also create higher risks of claims against Insurance Brokers.

The case was brought by the UK regulator, the Financial Conduct Authority (FCA) against a sample of insurers because it felt that a large number of commercial package policy wordings would cover claims arising from the pandemic, whether deliberately or not. The Court decision is generally in favour of the FCA and it is estimated that over 60 insurers and 700 wordings are affected by the judgement. Most of these policies are for small and medium-sized enterprises (SME).

The judgement means that insurers are having to review claims that had been made and declined as well as making it possible for new claims to be made. This means contacting their insureds to make them aware that the claim is being reviewed. This has created a lot of additional work for insurers, brokers and clients. It has also raised expectations of clients who previously had had their claim rejected or had been told that they could not make a claim – most of these customers will be insured on wordings that are not affected by the test case but the careless reporting in the media has raised expectations that won’t be fulfilled.

Brokers will be exposed to complaints wherever there are unfulfilled expectations.

Firstly, those clients who now have a valid claim that will be assessed and settled. This is an easy task and made even easier by insurance companies having to contact their insureds to make them aware they are reviewing the file. Many of the affected wordings carry very low sub-limits for business interruption and even customers that receive a payment might be disappointed.

Secondly, there are those clients who had not made a claim but may now be entitled to. The advice to brokers is to contact those clients to make them aware that they can make a claim if they so wish and that time is tight.

This leaves those clients who made a claim which was not covered and so has been correctly declined. They might argue that the possibility of a global pandemic should have been discussed when brokers were reviewing their needs, which would have involved crystal balls and customers paying material premiums even if specific cover had been available (and would they have paid?). Or they might argue that the broker should have sold them a poorly drafted policy that took dozens of lawyers, the High Court and the Supreme Court to understand. In the UK, customers can make a complaint to the Financial Ombudsman without expense to themselves, who can make final decisions on complaints up to a value of £355,000 that are binding on brokers and insurers. And they can still go to the courts.

Handling claims is often made more complicated by the emotional factors that can creep into any dispute. Life is tough in the midst of a pandemic. People have suffered bereavement of family and friends and serious financial losses. Handling clients who are faced by such challenges is not easy, especially when the media has incorrectly raised expectations.

This has left brokers in the UK facing a lot of additional work in reviewing a myriad of different policies, handling and advising clients on what to do next and, in the worst case, having to deal with complaints against them or, worse still, legal action. Brokers are having to undertake this work whilst we are in a lockdown in the UK with most people working from home.

And this has affected the professional indemnity market in the UK massively. Here, brokers are always exposed to claims anyway – the UK is a litigious society where unfulfilled expectation often leads to legal action at the best of times – and this is the opposite of the best of times. Very few insurers will quote for new business and rates have roughly trebled in the last year.

The FCA Test case judgement is positive news for many customers but it has created an exposure for brokers. The likelihood of an SME client successfully suing their broker for not providing them with a policy that covers pandemic is still fairly remote – they will need to show that there was a duty to look at insuring pandemic, that the broker breached that duty and that the breach led to financial loss (i.e. that cover would have been available and purchased). As is well documented in the court case, insurers were not knowingly offering pandemic cover for SME customers who in turn were unlikely to buy such cover even if it had been available. But it has left brokers facing a group of unhappy clients who now feel their claims should be covered, rightly or wrongly. Whilst the claims and complaints can be defended, it will take time and enormous legal expense. It will take many years to restore the insurance profession’s reputation.

We use cookies and similar methods to recognize visitors and remember their preferences. We also use them to measure ad campaign effectiveness, target ads and analyze site traffic. To learn more about these methods, including how to disable them, view our Cookie Policy.

We may request cookies to be set on your device. We use cookies to let us know when you visit our websites, how you interact with us, to enrich your user experience, and to customize your relationship with our website.

Click on the different category headings to find out more. You can also change some of your preferences. Note that blocking some types of cookies may impact your experience on our websites and the services we are able to offer.

These cookies are strictly necessary to provide you with services available through our website and to use some of its features.

Because these cookies are strictly necessary to deliver the website, refusing them will have impact how our site functions. You always can block or delete cookies by changing your browser settings and force blocking all cookies on this website. But this will always prompt you to accept/refuse cookies when revisiting our site.

We fully respect if you want to refuse cookies but to avoid asking you again and again kindly allow us to store a cookie for that. You are free to opt out any time or opt in for other cookies to get a better experience. If you refuse cookies we will remove all set cookies in our domain.

We provide you with a list of stored cookies on your computer in our domain so you can check what we stored. Due to security reasons we are not able to show or modify cookies from other domains. You can check these in your browser security settings.

We also use different external services like Google Webfonts, Google Maps, and external Video providers. Since these providers may collect personal data like your IP address we allow you to block them here. Please be aware that this might heavily reduce the functionality and appearance of our site. Changes will take effect once you reload the page.